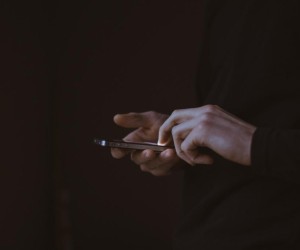 The big players are phasing out voicemail

A memo at Coca-Cola was released in November 2014 announcing the elimination of voicemail to “simplify the way [our employees] work and increase productivity”.   Instead of offering a voicemail service, incoming callers find themselves on the other side of an electronic message that prompts them to call back at another time, or to try contacting their target by other means of communication such as email. For Coca-Cola, the savings are $100,000 per year!

Within their organization, Coca-Cola found that the older generation of employees is fond of the voicemail services while their younger employees barely use it. With that in mind, keeping voicemail on your line at Coca-Cola is still possible, given you can prove “business critical need” – it is said that only 6% of workers chose to keep the service.

Just this past June, JPMorgan Chase & Co announced that in an attempt to cut costs they would also be cutting voicemail. With smartphones being ubiquitous in the workplace, and text messaging and emails taking over voice to voice communication, they found that voicemail was no longer useful. Before it’s dissolution at JPMorgan, already about 65% of employees had it deactivated, while some others found it to be an integral part of their personal business operations. An even more compelling case for cutting out voicemail: the company says they are able to save $10 per month per line.

Think about the smaller players

It seems quite clear that eliminating voicemail in both of these scenarios is an attempt to cut costs and prevent wasted time. But does the elimination of voicemail really save that much time? We spoke to our CEO and president Hans Lasonder about his view on voicemail and its current position in corporate America. He shared: “Through study I have learned that approximately 16 minutes are wasted per phone call received. So think about what happens if you get rid of voicemail and people start calling your general phone number – that means lots of calls going to unintended receivers all of which will lose 16 minutes out of their working day that they will not get back by answering a call that voicemail could have picked up….”.

In researching for this article, we found that a similar statistic exists for responding to emails. The question here becomes: which is the more seamless form of communication – voice or text? Lasonder believes that at the end of the day, in business, it is the personal interactions, including tone of voice, witty banter, etc., that are integral to business transactions.

Voicemail and the future

A professor at MIT says that most people don’t even listen to voicemails anyway, they just see who called and call back or send a text. The shift from voice to text seems like the natural progression as technology becomes more advanced. We asked Lasonder how he feels about this shift. He agrees that as technology changes, the market changes with it and there is an obvious push towards written communication.

Throughout our conversation, Lasonder maintained his position that voicemail still brings a personal connection which is important in business – an idea that resonates with others as well.  Moreover, Lasonder asked us to think about commuters or customers who still do not feel comfortable with writing texts or emails. For these people, it is much easier to simply dial the phone and leave a quick voice message. In other words, we need a way to connect the new text based communication with the more traditional voice based communication. Our current solution? Lasonder stands by our Voice2Mail feature. This feature sends the voicemail message as an audio file with its information to the receiver’s email, allowing them to see when they missed the call and to listen to it whenever. This feature is our way of making that connection with the voice integration Lasonder finds so important as well as a shift into the email that has become ubiquitous in the workplace.

There are of course technologies that offer voice recognition in the making – Apple has mentioned developing Siri to be able to transcribe voicemails. With these types of technologies in progress, Lasonder believes that such technologies are the future of voicemail and thus integral to the types of services our customers need. Once such a technology has been mastered, it is Lasonder’s hope that we can create an immediate translation to truly connect global business to local people.