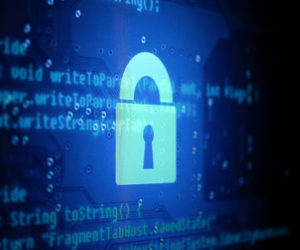 It seems that we’re seeing more and more stories about sensitive information being stolen from important governmental (and other) agencies. From the acquisition of personal data to top secret governmental information.

We’ve been quite intrigued by the number of stories being churned out recently on this topic so decided to take a look at a few topics that have stood out to us: hacktivism, the most controversial whistleblower as of late, and how we as Americans feel about our privacy online.

A few weeks ago, Dan Lohrmann wrote an interesting piece about hacktivism for TechCrunch. He took the angle that every hacker, no matter the damage they may cause to others, is an activist in their own right. Hackers, especially those who uncover highly sensitive information and disseminate it to the general public (by whom it is not intended to be seen), thrive on doing some sort of greater good. The intention is often to expose some sort of injustice to promote action towards bettering the world (for lack of better words).

Whistling into the wind

Most of us remember the case of the infamous whistleblower Edward Snowden – while this is now a bit of an old story, it is arguably one of the most important of our generation. In 2013, Snowden released confidential NSA documents that he thieved from the contractor he had been working for for less than three months at the time. These documents exposed the government for having access and ability to collect information from any and all communications (phone, email, etc.) of the entire US population.

Edward Snowden is revered by some as the ultimate hacktivist. He himself has said that his intentions were merely to expose an injustice that he believed to be too grand to keep from the American public.

For those of you who don’t know Snowden’s background, he was a twentysomething high school dropout who had a top secret security clearance, impeccable resume, and flawless record (minus a hiccup that got him sent home from a period with the NSA in Geneva).

Pew Research Center has done some interesting research on feelings and attitudes towards privacy in America.

Last year, they published research covering the topic of public privacy . Of their findings, possibly the most relevant to the aforementioned Snowden revelations is Americans’ feelings about how secure they believe communication channels are.

In May, they published a follow up report about public privacy. This research shows that a large majority of Americans believe it is incredibly important for them to be aware of who is collecting what information about them. It also shows that after finding out about government surveillance, less than 10% of those surveyed made an effort to change their cellular and internet usage in an attempt to minimize the possibility of being tracked.

With regards hacktivism, Snowden, and the research done by Pew, we want to know how you feel about the current privacy climate. Let us know in the comments below.