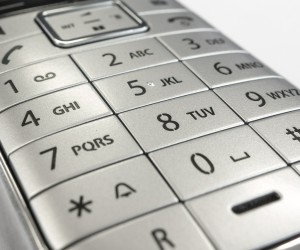 It seems that these days we really take the SmartPhone for granted.  Rather than appreciating the incredible technologies we have in our hands, we are always waiting for the newer, better thing to be released.  With that in mind, might it be interesting to take a trip back in time to see where mobile technology started and how it got to where we are today…

The first commercial mobile phone was released in 1983 by Motorola.  The DynaTAC 8000X was nothing like the mobile and smart phones we are used to seeing on the market today.  It was big, had only about 6 hours of battery life, and could only store 30 phone numbers.  It was used essentially only for making phone calls and cost around $4000!

Over the last three decades we have seen an incredible growth in the mobile phone industry.  Radiolinja (a Finnish company, now Elisa) enabled the first commercial mobile call in 1991, and the first data enabled call in 1993 (2G network) on a Nokia handset.

An interesting first appearance of a cellular device with more than just calling capabilities was the IBM Simon, released in 1994.  This device was phone, email, and fax capable, and came with a number of set features such as an alarm and calendar, among others.  This device could also be connected to regular phone jack to make calls.  Unfortunately for IBM, this device stayed on the market for less than a year.

A few years later Nokia released the first handset with a full QWERTY keyboard, the Nokia 9000i Communicator.  This device allowed for the integration of text messaging into the world of mobile telephony.

Soon after, the first Blackberry device was introduced by Research In Motion (RIM) in 1999.  The Blackberry 850 was quite the innovation.  It had a full QWERTY keyboard and could support pages and email exchanges.  It even had the capacity to support limited Web browsing.

In 1999, wi-fi had just been making a mark in the telecoms market.  From then on, it seems that the mobile industry really started making it’s mark in the world.  More and more handsets and full QWERTY keyboard mobile devices were being sold to consumers, leading to a rise in communication.

That’s all we have for you today. Don’t forget to check back to see our next installment of “A Short History of Mobile”.  In the meantime, check us out on Twitter: @tfusa_inc !

A Short History of Mobile – part 3

What more can we tell you about the BlackBerry that you don’t know? From a…

A Short History of Mobile – part 2

We left off last time with RIM’s first Blackberry device, the Blackberry 850, and the…